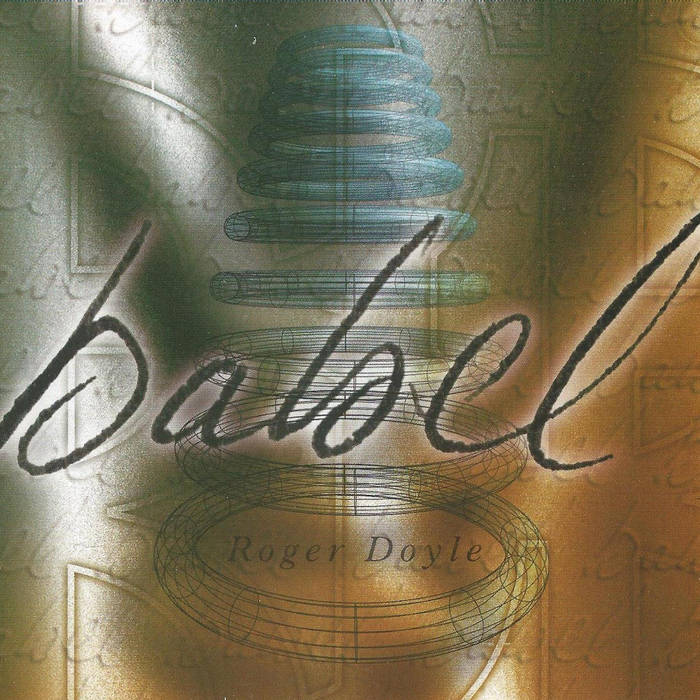 BABEL is a large-scale musical structure celebrating the multiplicity of musical language and evolving technologies as the 20th century came to a close.
Originally released as a 5-CD set in 1999, the first 3 CDs contained 'rooms' within an imaginary Tower oF Babel (a kind of aural virtual reality) and the other 2 CDs contained KBBL - the Tower's fictitious radio station, together with live circus music from the Tower.
Each of KBBL's 4 'shows' has its own style and atmosphere. Collaborating with DJs, writers, actors and singers, KBBL is made to sound like a real radio station with ads, traffic reports, phone-ins etc.

THE MORNING SHOW: (part 1) You Must Be In, President Hillary And The Sherpas, Walter Ego's Weekend; (part 2) The Seventh Angel's Flying Dream, Nanda In The Bar, Fun Crime Hotline, Brunswick Leaves.

TRAPEZE IN FULL-MOON NIGHTS
4 acts from an imaginary circus.

'...The final two discs are of the imagined radio station broadcasting from floor 25 of the Tower of Babel. The first, “Earth at Full Moon”. It opens with “The Morning Show” and an announcer giving the weather report (“Always a nice day, here in the Tower”) and moves on to far more human concerns than we have heard so far, all pinned together by Doyle's brilliance with electronics. Singer Elena Lopez seems to imply that the vocal lines of her song “You must be in” are derived from the music of Puccini. The news report is impeccably humorous (we get traffic and hilarious ads with out-takes, too, plus a rather restrained jingle that informs us that they are broadcasting “in a language of your choice”). World music up next, with “Surface du Monde”, a collage of musics from around the planet. Some of the music could almost come under the “easy listening” classification. The 16-minute “Trapeze in Full-Moon Nights (four acts from an imaginary circus)” is magnificently evocative. Waltzes appear, distorted in an aural mirror; think of the fairground from the popular TV series “Heroes” and that should give some idea. It is all great fun'.
...Colin Clarke. Fanfare Magazine (USA) January 2014.

Keyboards, programming, production and all music composed by Roger Doyle ℗ and © PRS/MCPS 1988-95.
A lot of the early work (e.g. You Must Be In, Walter Ego, Nanda, Trapeze) was composed on a Fairlight Computer Music Instrument. Design: MacARTers Design/Jim Walsh. Total time: 68'50.
This music has been uploaded from original DAT masters, with track separation points in more online-friendly places. On the CD version of this album there are 20 seamless tracks which some listeners may prefer.