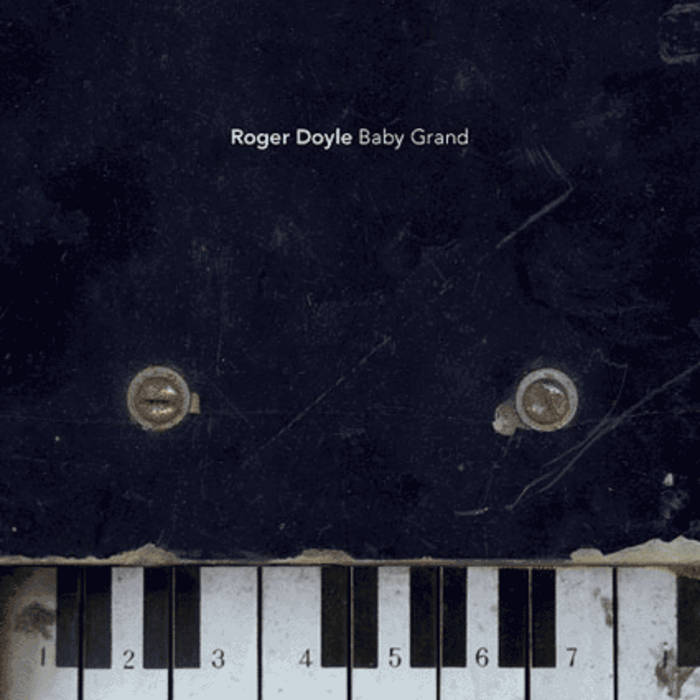 I studied piano from the age of nine but gave it up at sixteen when my teacher terminated my studies, since I had become interested in jazz and wasn't doing enough practice. The 'here are the classics' approach eventually represented too much of a world gone by for my teenage ears.
'What an awful shame', my music teacher wrote in her report. I felt slightly embarrassed. It's an all-too-typical story.
After I left school I wondered what to do with my life. I used to sit at the piano improvising and gradually I began to compose a piece and write it out in manuscript. I went on to study composition at the Royal Irish Academy of Music for 3 years. I HAD to have something composed for every Monday afternoon.
Among my early piano compositions was Six Pieces For Pupils Who Don't Like Exams. Baby Grand is the sixth of these and was composed in 1974.
Then in the 1980s I received two once-in-a-lifetime commissions, if that isn't a contradiction in terms.

In 1988 I was commissioned by the Gate Theatre, Dublin, to compose and perform music for a production of Oscar Wilde's play Salomé, directed by Steven Berkoff, which required a piano player onstage throughout the show, playing non-stop for almost 2 hours in a 1920's banquet style setting. The role of the music was to be the water in which the actors swam; the incense surrounding stage and audience. The show went on three world tours, played in London's West End (I taught the part to someone else for that) and it has been revived ever since. My most recent involvement was a production in Pittsburgh in 2008.
A one hour Salomé suite was released in 2000 on CD by the Gate Theatre - now out of print. Here, I've included 5 pieces from that suite.

In 1986 film-maker Bob Quinn asked me to compose music for his film Budawanny. The music was to play a central role in the film, which was shot as a silent film in black and white with captions appearing when people spoke. It required seventy minutes of music to be composed for it, uninterrupted by anyone talking over it (a composer's dream). Set in the west of Ireland the film tells the story of a priest and a woman who fall in love and the tragic events that follow.
Budawanny appeared in 1987 and a forty two minute soundtrack suite was released at the same time. The strange thing is that I continued to compose the Budawanny music even after the film was finished. So on this album I have included recordings of three Budawanny variations taken from live concerts in 1990 and 2003.
The original Budawanny soundtrack album can be heard here:
rogerdoyle1.bandcamp.com/album/budawanny

Mansard is a childhood memory room and comes from a 5-CD set Babel where each track corresponds to a room or place within a virtual Tower City.
BABEL - Temple Music can be heard here: rogerdoyle1.bandcamp.com/album/babel-temple-music

I kept working on the Salomé music over the years for different productions. The music evolved, mutated, and pieces would break off and become independent pieces, like children moving away from home. Ten Themes is one of these, gradually coming into existance during and after the final few performances of the Salomé run in 2000.

In the late 1990s I met my old piano teacher by chance who I hadn't seen for over 30 years. I told her I had become a composer. She said she'd heard that and then asked me: 'was it the Beethoven or the Brahms you couldn't get right'?

'... Not so much finely sculpted as obsessively whittled away at over time, these works are magnificent multi-layered miniatures infused with the stylistic pluralism that sets Doyle out from the crowd. As throughout, Doyle’s own playing here is impeccably realised, admirably poised and exquisitely nimble. This is delightfully approachable music of an often all too rare beauty' - The Journal Of Music January 2007.