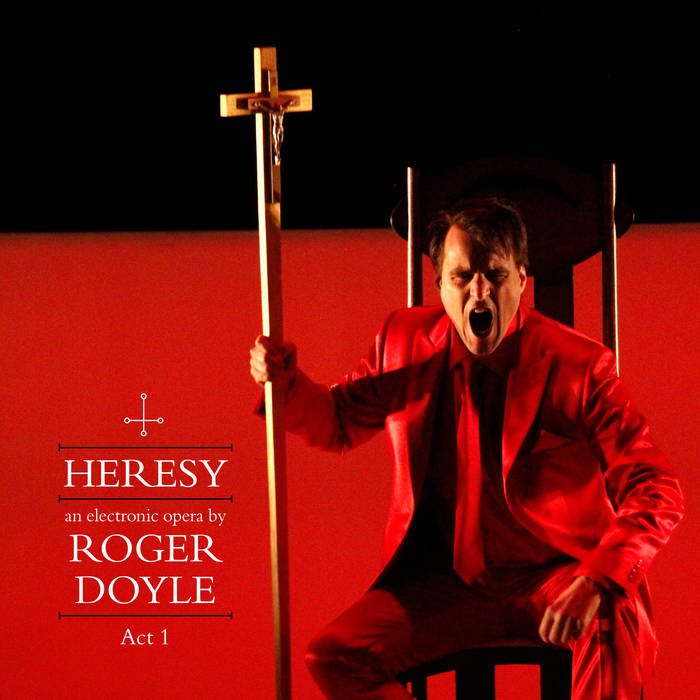 As a science fiction fan I loved the expression ‘Space Opera’, given to multi-volume series of science fiction novels.
I met opera director Eric Fraad a few years ago, who also ran a record label called Heresy Records, and we began talking about the possibility of working together on something. I suggested a space opera (whatever that might be) and he suggested that we should look for a Heretic in history that we could build an opera around, in line with the name of his label.
He sent me a list of heretics and I immediately picked out the name Giordano Bruno, because his name kept cropping up in my constant dipping into and being rebuffed by James Joyce’s Finnegans Wake over many years.
Mystic magus, heretic priest, spy and playwright, Giordano Bruno was one of the renaissance’s most brilliant and controversial figures. Burned at the stake in 1600 after a nine-year trial by the Roman inquisition, Bruno envisioned a cosmos without a centre, infinite galaxies and inhabited planets. Watch the trailer here: vimeo.com/250368750.
Bruno’s writings prefigured quantum theory by 350 years since he contended that opposites can exist together at the same time – thus the double meanings and simultaneous interpretations of text in Finnegans Wake. Bruno remained a lifelong hero for James Joyce.
A martyr for truth and tragic hero, a complex visionary who challenged the intellectual, religious, and social conventions of his time, Bruno is the ideal subject for opera. A cultural superstar in his own time, whose importance and relevance has grown over the centuries. Heresy features episodes from Bruno’s life and fantastic scenes that allow for great theatricality and effect.

To come to the work itself: After the overture, ending with wordless singing from Aimee Banks as the young Bruno, act 1 begins with a scene where Bruno – sung by Morgan Crowley - demonstrates his system of magic memory before the court of Henry III of France. In the next scene the young Bruno sings in direct quotation from his ‘On the Infinite Universe and Worlds’ – again with Aimee, with the moving concluding lines: ‘Take comfort - the time will come when all men will see as I do’.
Next is Bruno's love song, a transformation of Circe, Goddess of the Sun – sung by mezzo soprano Caitriona O’Leary - and Sophia, Goddess of wisdom – sung by soprano Daire Halpin - into real people, from deeply personal literary inventions; and finally, to close act 1 - scenes from the court of Elizabeth I of England (Daire Halpin again) where Bruno is invited to become a spy for her and her spymaster Sir Francis Walsingham – sung by male soprano Robert Crowe.
(...notes continued on the Heresy - Act 2 page).