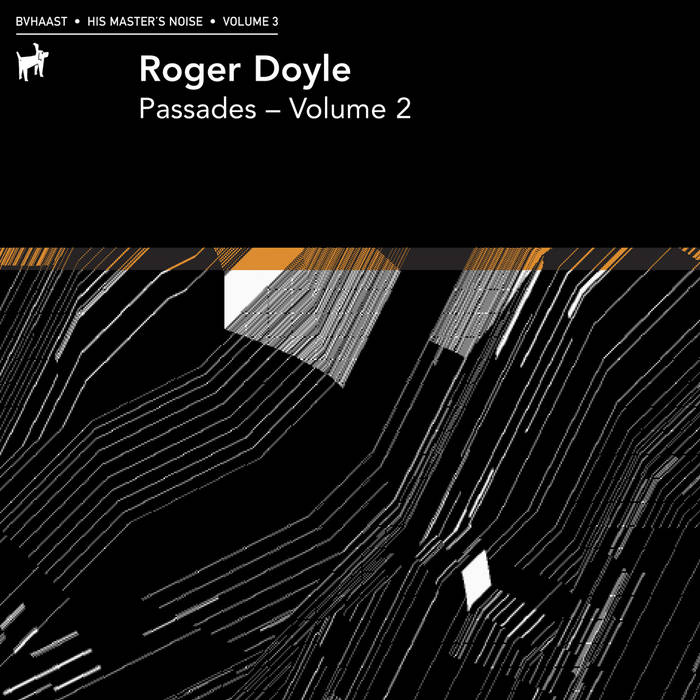 Working with the creative possibilities of music software which captures sounds like a freeze-frame in video or DVD, making sound movement stop, or go forwards or backwards slowly, I began composing the Passades in early 2002. A Passade is an equestrian term meaning to move backwards and forwards over the same space.

Seeing great possibilities of exploring this technique in detail, I continued to work on the Passades until there were 3 hours of them spread over 3 volumes, culminating in the The Ninth Set in 2007.
The process has been to try to find connections between them even as they proliferated.
The technique involved real-time eye to ear to hand (on the mouse) co-ordination and each 'take' was recorded. The mouse manipulations felt like an aural form of calligraphy in that there were good takes and bad takes and the chance that a a good take might go wrong.
Takes were layered and crossfaded to produce these 'sets'.
The software sought an external sound source to 'freeze' and I used my own earlier compositions for this and was amazed that the frozen versions (usually a microsecond at a time) rarely sounded like the originals from which they came.
During the time I worked on the Passades I began to experience the feeling that there was another kind of Passade at work in the music, in tandem with the technical one - one with a time dimension. There is an ancient voice in this music which seems to travel through the present into the future, then back again into the past.

' Dubliner Roger Doyle began his musical explorations as a fusion drummer, which is almost impossible to believe when listening to his entrancing electro-acoustic music.
Pieces like the ominous, ethereal “Frozen in Stereoscope” are positively cinematic, conjuring up vast train stations, girls choirs, string quartets played backwards. “The Sixth Set” and “The Seventh Set” are similarly rich. But elsewhere, Doyle’s pieces are more stripped down, entrancing in both constancy and variation. Some pieces, like “Link/Separator 1,” are at times confrontational – with placid surfaces rudely interrupted. But for the most part Doyle’s work is cryptic, retreating (for the most part) from obvious reference or jarring gesture. Indeed, the title of his cryptic spoken-word piece “The Idea and Its Shadow” might be a good metonym for Doyle’s work as a whole. Gorgeous and provocative at once, Doyle’s music seems unjustly unknown. Anybody interested in electronic music should give him a listen'. Dusted Magazine 2005. Read the full review here: www.dustedmagazine.com/reviews/2591

'The album opens with a track that builds up ever so slowly over the first 90 seconds before disintegrating into waves of stretched and processed electronic and acoustic sound.
[The next] Frozen in Stereoscope is a special piece in that it is derived not from the Babel material from which most of the Passades are worked, but from Doyle’s masterpiece Rapid eye movements. This classic piece of Musique Concrete ... creates a palette of sound that is for me far more entrancing than some of the other Passades. The chords of a piano and children’s voices emerge from huge swaths of digital sound like angels flitting among clouds.
The two other Passades on the CD (the Sixth and Seventh set) are beautiful webs of sound draped over the lightest of acoustic and vocal backdrops. Alien sound, ambience from the third place if you like. They jump out at you more than the first few sets on Passades Vol 1 but have the feel of a more composed and orchestrated agenda'.
- Musique Machine 2006. Read the full review here: www.musiquemachine.com/reviews/reviews_template.php?id=688