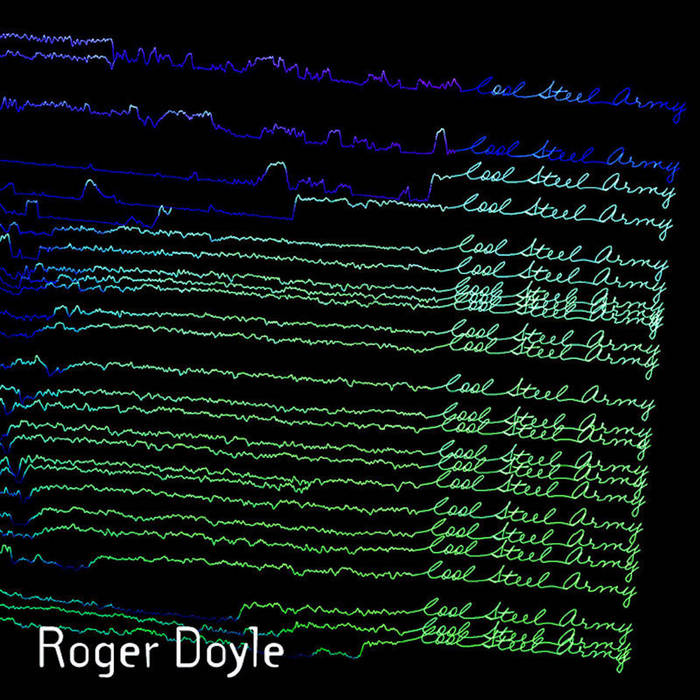 Adolf Gébler, Clarinettist
...is the first in a series of collaborative 'cinema for the ear' projects between writer Carlo Gébler and composer Roger Doyle. Doyle's idea for each is to compose a live soundtrack for an imaginary film, with playback of pre-recorded acted scenes coming through loudspeakers, with dimmed lighting as in the movies, together with live musicians, lit only by their music stands. In this way audience members are given the impression they are present at the screening of a film, but one they cannot see, only hear.
Blurring te boundaries of 2 realities at one point the audience sees that what is happening onstage is what is happening in the recording - namely the appearance of the singer to sing the song in an elaborate costume with the lights being brought back up with pre-recorded applause (track 5).
It is the story of Carlo's grandfather who came to Dublin in 1910 as a freelance clarinettist and how he fell in love with an usherette and stayed.
The first performance took place in February 2008 at the National Concert-Hall, Dublin, with the RTÉ National Symphony Orchestra, conducted by Gavin Maloney.
This recording is a revised and expanded studio version, with singer Fionnuala Gill, and re-created with the Vienna Symphonic Library virtual orchestra software programme.

Interview ahead of the premiere with the RTÉ Symphony Orchestra worth having a look at:
www.irishtimes.com/culture/scoring-the-story-in-cinema-for-the-ear-1.930820

Total time: 71'08.
Tracks can be downloaded at CD quality and have been uploaded from original masters.
rogerdoyle.com/discography/

'Roger Doyle is probably one of the leading lights on the modern irish electronic scene and a highly respected composer of modern avant garde classical sounds. this new album features a truly beautiful collection of piano based compositions. the album is split into three separate pieces culminating in a truly awesome 40 minute piece scored for orchestra and female voice. the piece is based around the memoirs of rte symphony orchestras clarinettist adolf gebler. the three lengthy pieces on this album will most definitely appeal to lovers of modern piano based sounds akin to the likes of max richter, harold budd and hauschka. its all beautifully calming with lots of quirky twists and turns'. (Road Records review 2009)