The Room In The Tower 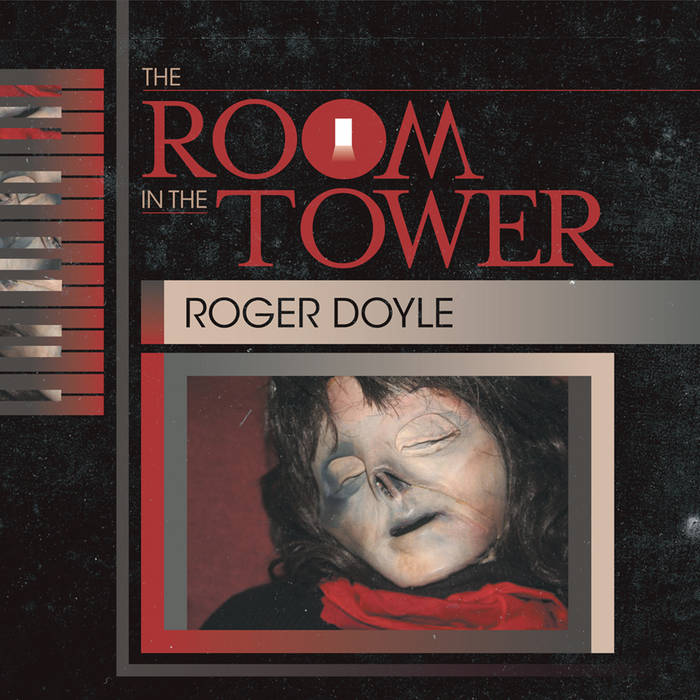 This is the second in a series of collaborative 'cinema for the ear' projects between writer Carlo Gébler and composer Roger Doyle. Doyle's idea for each is to compose a live soundtrack for an imaginary film, with playback of pre-recorded acted scenes coming through loudspeakers, with dimmed lighting, together with live musicians, lit only by their music stands. In this way audience members are given the impression they are present at the screening of a film, but one they cannot see, only hear.

At one point there is a synchronisation between what is heard in the 'movie' is what is seen onstage...the lights are brought up and the audience sees a ghostly singer coming onstage. After the song ends (track 9) she disappears into the shadows and the lights go back down.

The first performance took place at the Project Arts Centre, Dublin, on October 25th 2009, by the Crash Ensemble (piano, bass clarinet, 'cello and double bass) and singer Julie Feeney, with playback of the acted scenes. This recording is a revised and expanded studio version, with Doyle playing all instrumental parts on a keyboard into music software, with singer Vyvienne Long.
It was performed in this revised version by Doyle (grand piano, in costume and wig) and Long (vocals and 'cello), with playback, for a week in September 2010 at the ABSOLUT Fringe Festival in an old upstairs room at the National Concert-Hall, Dublin, and at the Pavilion Theatre in Dun Laoghaire, County Dublin, in June 2011.
It was broadcast twice by RTÉ Radio 1 in it's 'Drama on One' series.

'A man sits alone at the Piano. With a shock of dirty, white hair and a grubby dressing gown he strikes up his soul taunting score…. Roger Doyle’s composition is a glorious, Gothic mood piece. With only an occasional silent stare from Doyle’s beady eyes it is left to our own imagination to conjure up the images to match the mood, a rare act of communal imagining discarded since the advent of television'.
- Diatribes

'Doyle’s previous experience as an actor pays off during the piece; periodically he would raise his eyes from the piano and slowly scan the room, scanning the audience and meeting their gaze with an icy stare. His piano playing punctuates The Room in the Tower and forms not only an ambience in the room but acts as a physical bridge between the audience and the characters whose voices are coming out of the speakers.
The Room in the Tower is a fantastic addition to the Cinema for the Ear series'.
Brainwashed Magazine